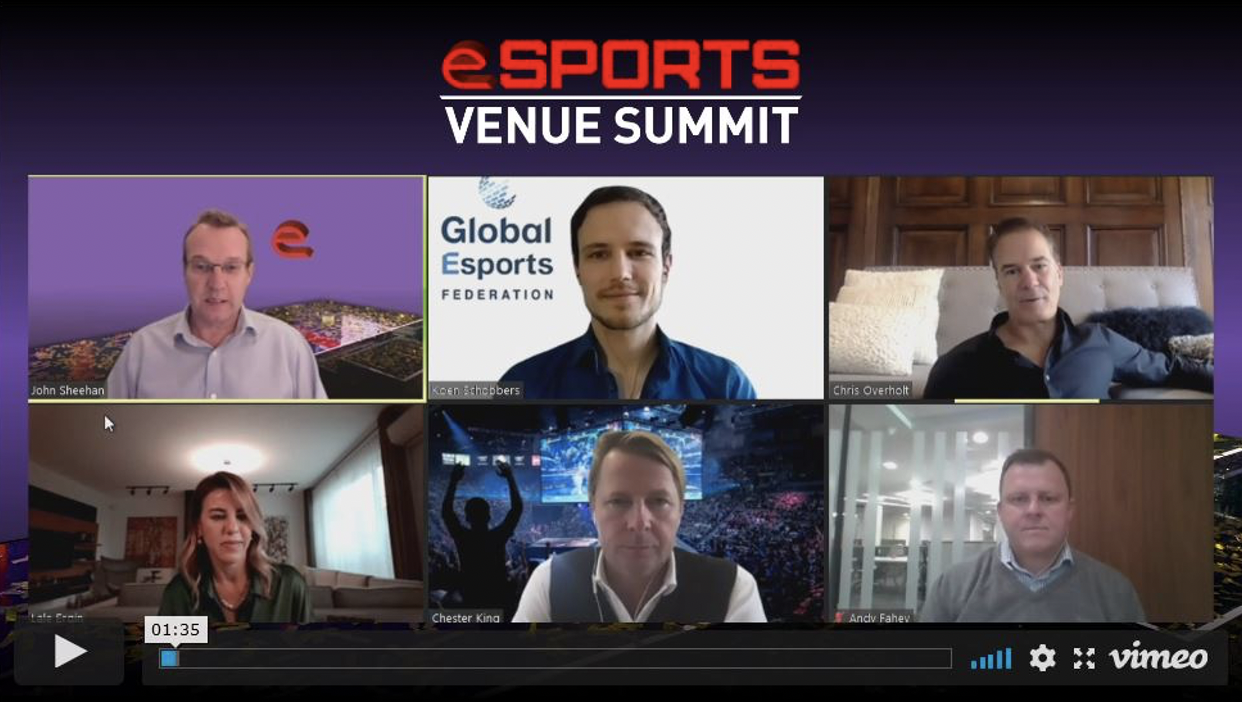 The Esports Venue Summit concluded on Thursday after four days of insightful, stimulating and entertaining debates and presentations.

In a truly global gathering of both the esports and traditional sports sectors, more than 1,000 attendees from over 70 countries enjoyed a packed programme of panel sessions featuring some of the top names from the world of esports.

The summit began on Monday with a live debate when Chris Overholt of OverActive Media Group, Chester King, CEO of the British Esports Association, Lale Ergin of ESA Esports, esports athlete Koen Schobbers and Andy Fahey of PwC made up the panel to discuss ‘the emergence and continued growth of esports on a global level.’

Fahey gave the audience an insightful overview of the global esports market, while Overholt outlined plans for an exciting new multipurpose/esports venue in Toronto. Other panels over the four days included deep dives into esports community engagement, fan engagement, broadcast infrastructure, the finance behind esports and a bonus panel on esports development in the APAC region.

Esports Venue Summit attendee John Dix said: Just wanted to say thanks for one of the most interesting conferences I have attended in years (and all done from home!) Brilliant panellists and some incredibly stimulating thoughts. Well done.

For those who haven’t yet registered for the event, all recordings, including those from the live sessions, will be available to access on the event platform until the end of November. You can register for free as an ‘End User’ at https://esports-venue-summit-virtual.heysummit.com/ or commercial companies can access for just £90 (+VAT for UK companies)

The next summit – live & virtual - is being planned as both a two-day physical event taking place at Twickenham Stadium on July 21-22, 2021 as well as a virtual event week following from August 16-19 2021. Information will be available in the new year at https://www.esportsvenuesummit.com/.

Sam Wibrew, head of Stadia & Esports Portfolio - PanStadia & Arena Management Magazine - said: “We’ve been both delighted and humbled by the support that both the esports and traditional sports industries have given us throughout the week and already have some great ideas to enhance the event next year when hopefully we can finally bring the show to Twickenham Stadium in July.

We would especially like to thank all of our sponsors and speakers who helped make this event such a huge success.”