MacomNIYU arranged and planned the exclusively digital framed light show for the presentation of the new AUDI e-tron GT in Las Vegas.

MacomNIYU arranged and planned the exclusively digital framed light show to form a special dynamic driving presentation of the new AUDI e-tron GT as part of CES in Las Vegas. The Formula-E driver Lucas di Grassi drove through a course designed, planned and arranged by macomNIYU, full of lights and special effects.

The driver was guided by optical illumination effects, including a laser light-tunnel which only appeared at the last second when triggered by the car. The special dynamic capabilities of the electro vehicle were emphasized by the horizontally arranged 168 Astera Titantubes which, are able to show graphic elements with single pixel control. The resulting film footage was streamed to the CES main event in Las Vegas. Precise coordination with the ‘film’ makers was needed due to the special lighting requirements of the camera technology and to plan additional lighting gear.

One outstanding issue was the structurally inadequate power supply. In purely mathematical terms, at least 100 kW of connected load should have been provided. This was easily overcome in a short time period using a professional accumulator which was used for buffering. This accumulator had a total capacity of 1 MWh and was fed with renewable energy.

MEI member macomNIYU: designed and planned all of the lighting gear, special constructions to mark the driving track along with technical supervision on site which included light show programming advise. 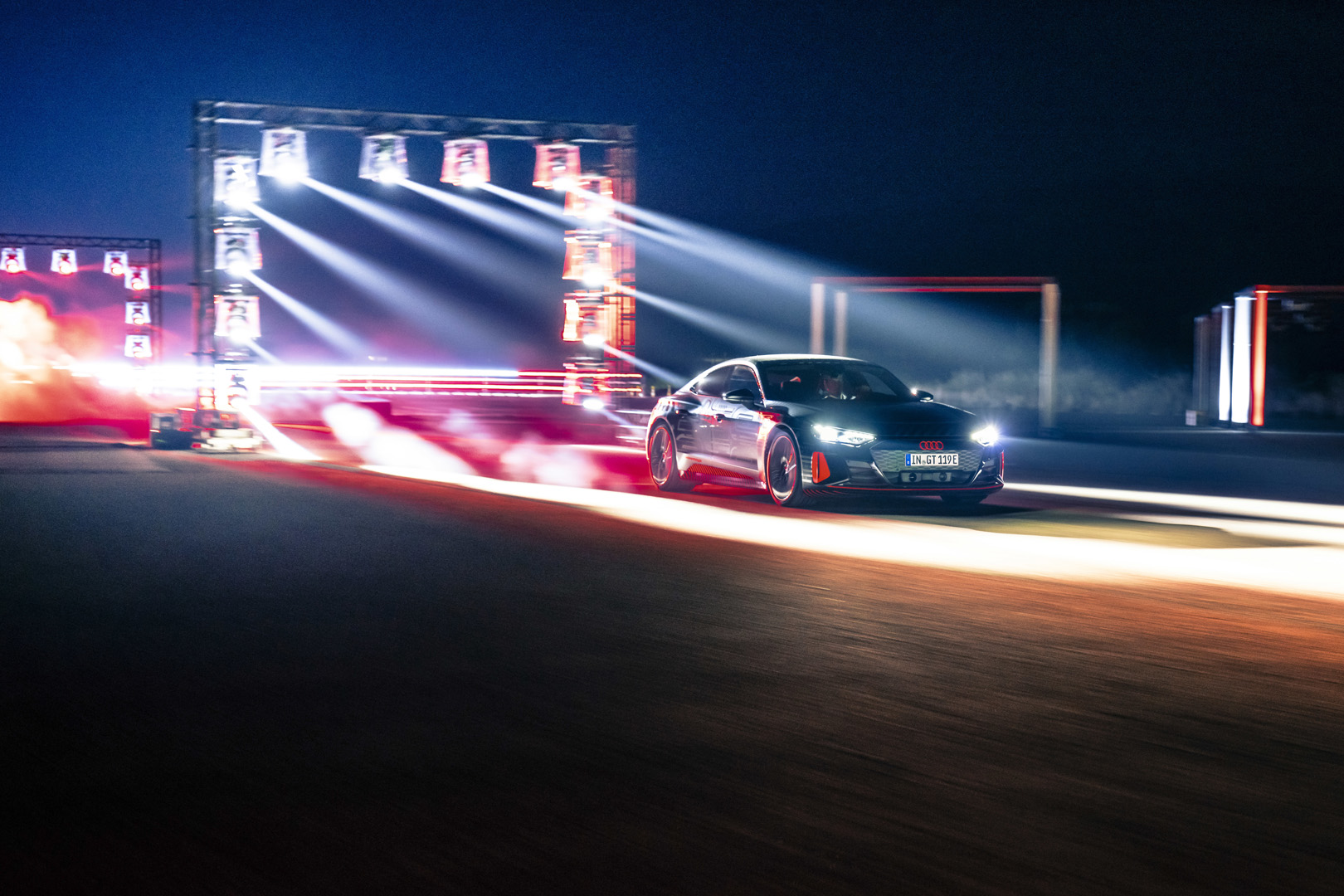 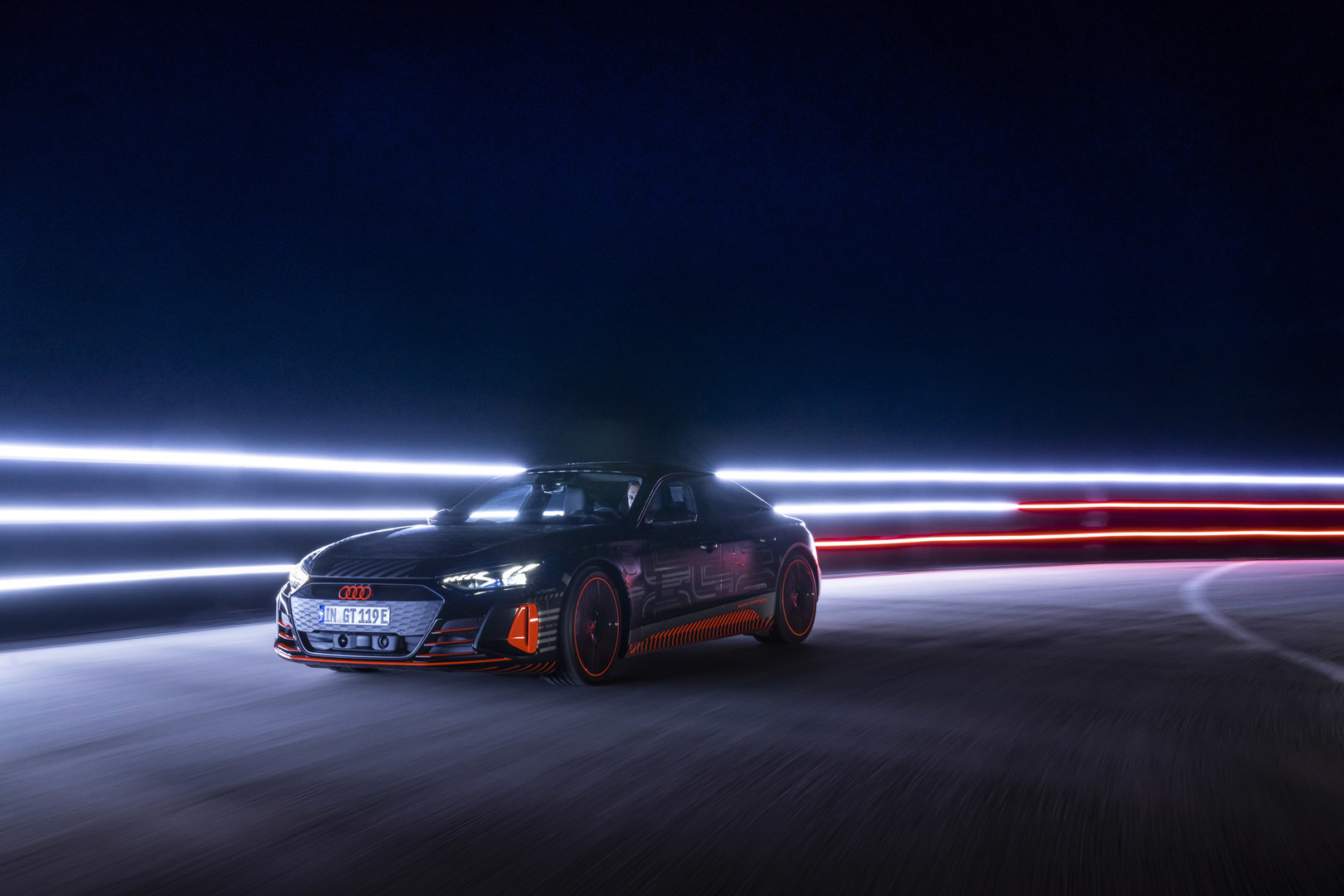 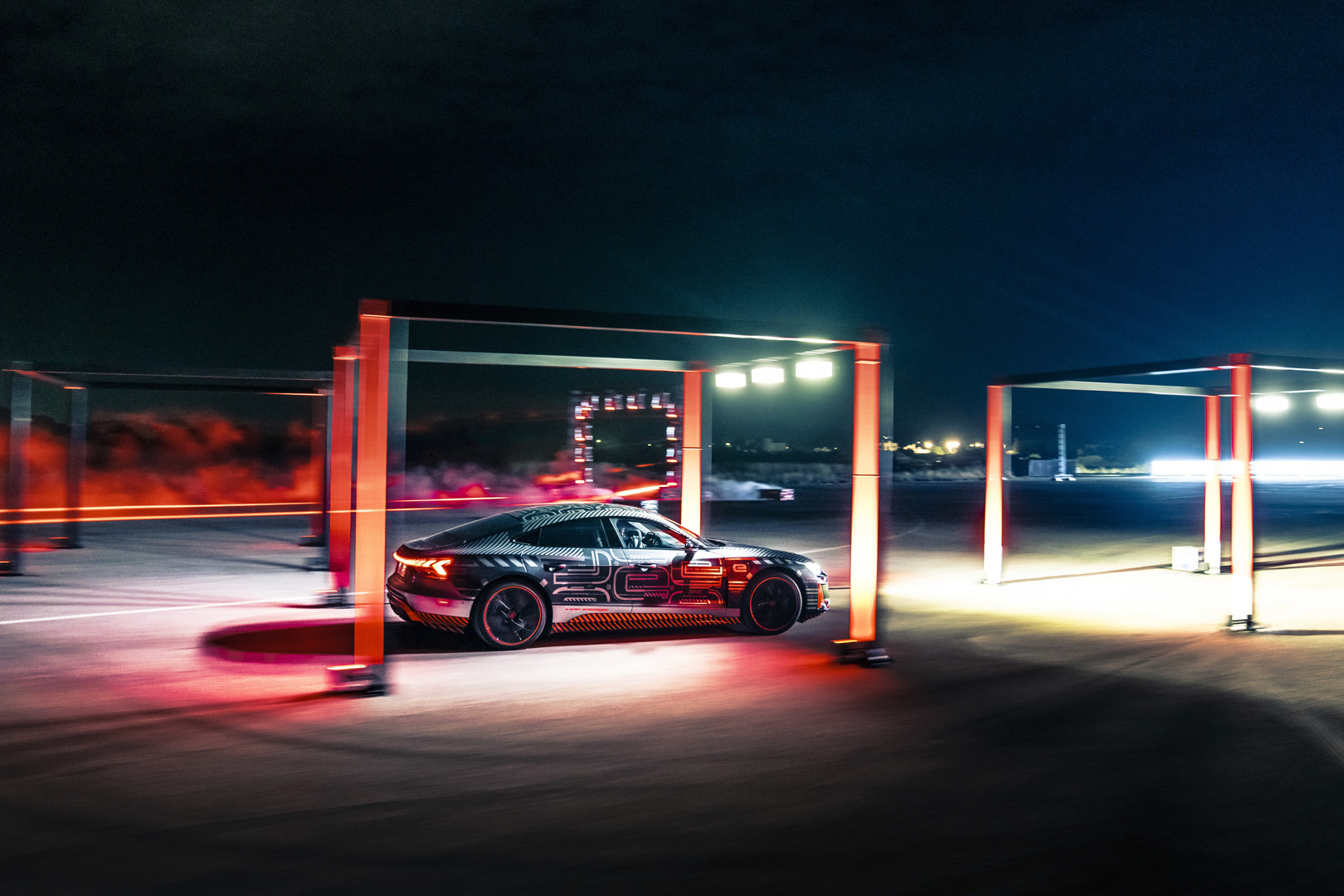 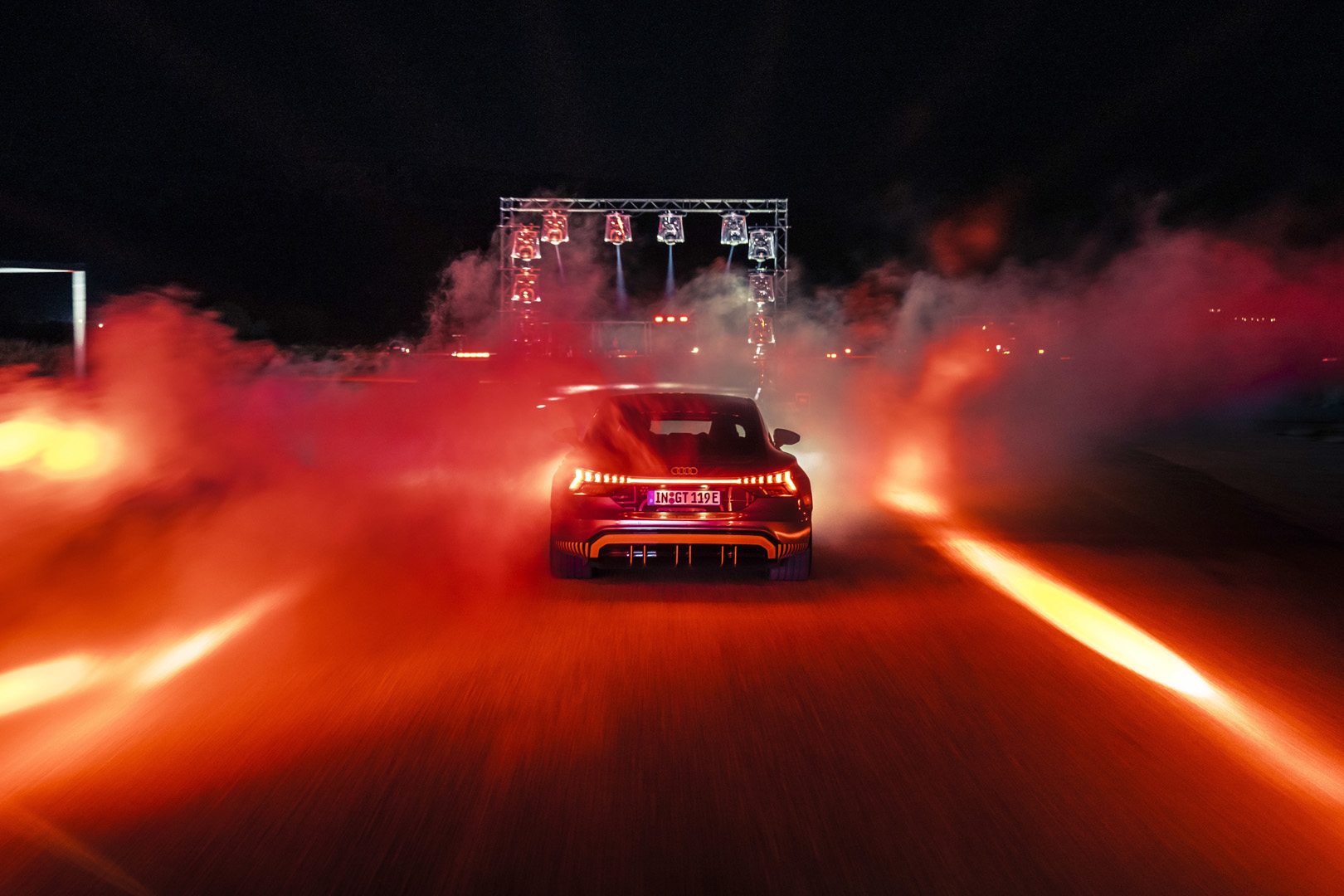